BDS Malaysia is inviting renowned Australian Jewish anti-Israel academic Professor Peter Slezak from the University of New South Wales to Malaysia from 16th to 23rd April, 2017 to give a series of talks on the topic of `Why The World Should Boycott Israel”.

You can read more about Prof Peter Slezak here: https://sites.google.com/site/jewsagainstracistzionism/slezak

If you wish to help us in this latest project of ours, please donate to our cause by sending your money to: 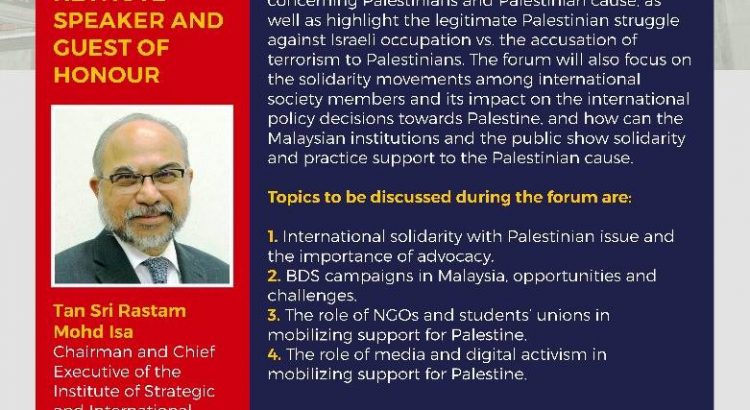 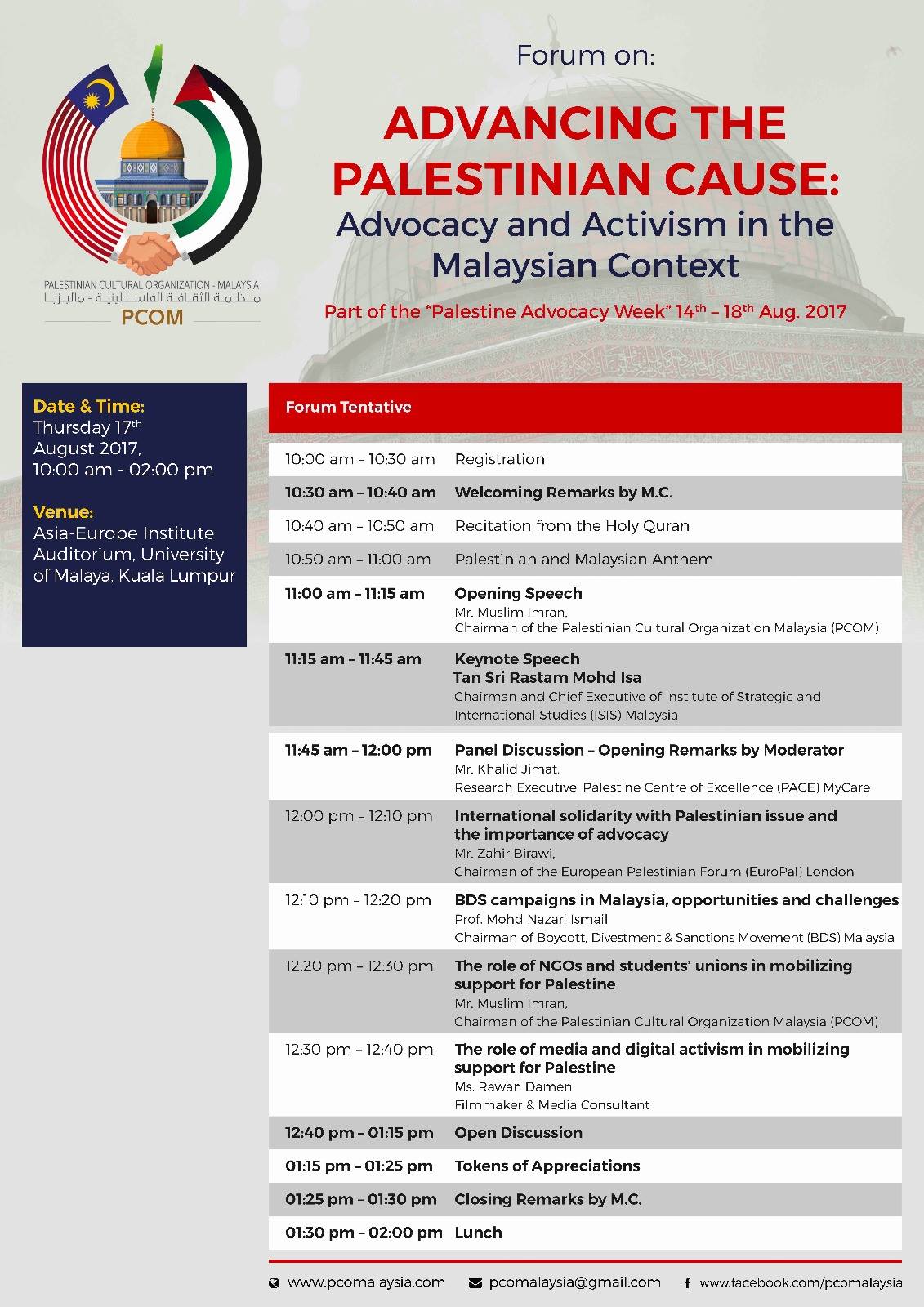 First 100 students will get to ride bicycles for free for one hour.

This event is part of a global effort to relocate the Giro D’Italia race from Israel.
Please click this link for more info: https://bdsmovement.net/tags/giro-ditalia
Similar events will be taking place all over the world on March 10.
Come and be part of the global effort to fight for justice in Palestine!

On Friday 30th March, thousands of Palestinians will march and stage sit ins at various Israeli borders and checkpoints for forty-five days. Called the ‘Great Return March’ (GRM), Palestinian men, women, children, elders and entire families will march from Palestinian communities to their homes from which they were forcibly displaced in 1948.

This peaceful march will see unprecedented numbers walk from the Gaza Strip, the West Bank, Jerusalem, Jordan, Lebanon, Syria, Egypt and other countries towards Israel and set up camp 700 – 1000 metres from Israel’s border fence.

It is a nonviolent demand for the right of return of thousands of Palestinian refugees and further aims to highlight and break the 12-year long siege of the Gaza Strip.

GRM is not an isolated event but part of a sustained struggle that will end with the actual return of Palestinian refugees. The sit ins could last for weeks or months close to their homes, land and properties that were lost in 1948.

GRM embraces the ideology of peaceful resistance within and outside Palestine, stepping away from physical confrontations and altercations. All participants are prohibited from carrying out any act that violates the law.

GRM is completely legitimate and enshrined in UN Resolution 194 which guarantees the Palestinian refugees’ right of return. It is not affiliated to any political party or faction and comprises Palestinians from all walks of life.

The GRM Coordination Committee expects Israel to react with excessive and even lethal force on the peaceful participants. They therefore urge the international community and all those who stand in solidarity with Palestinians to voice their support and call for protection of the participants from the potential of Israeli violence.

BDS Malaysia is among those standing in solidarity with the Great Return March and lends its voice of support for this momentous event. We applaud the tireless effort of Palestinian civil societies and their continued resistance to Israeli occupation and congratulate them on this historic march.

BDS Malaysia would like to urge the Malaysian government and people to show their support for the Great Return March. We call on all civic minded people to stand together on the right side of history.